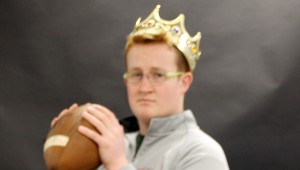 One of the more recent, and most highly debated topics is Michael Jordan versus Lebron James for basketball’s GOAT, the Greatest Of All Time.

However, before we dive into statistics, we have to define what makes a player “great.” Is it his ability to score at ease, the number of championships, or the ability to truly impact the way the game is played for future generations? A different  best player could be argued for each of these different sets of criteria. This is not a new argument with Lebron and MJ. In the 50’s/60’s you had Bill Russell who won an amazing 11 championships in his 13 year career, while Wilt Chamberlain scored a ridiculously high numbers of points, averaging 50.4 points a game one season. Most NBA scholars would say Russell was the better of the two and until the emergence of Jordan in the 80’s, the greatest of all time. They say this because of his ability to revolutionize the idea of team/help defense combined with his 11 championships.

Michael Jordan entered the NBA after his junior year of college, and was drafted third overall to the Chicago Bulls. Jordan set the highest bar of a rookie since Oscar Robinson in 1961, averaging at least 20 points per game, 5 rebounds, and 5 assists. No one would come close to that unbelievable bar until Lebron James in 2003.

James went straight to the NBA draft after his senior year of high school, being selected first overall by the Cleveland Cavaliers. Both James and Jordan had very impressive rookie seasons, and both won the Rookie of the Year award. Even though neither team had a record above .500, Jordan and his Bulls did manage to make the playoffs during his rookie season.

The most popular factor of why Lebron will never be as good as MJ is because Jordan was a born winner, he led the Bulls to 6 championships, and was known for hitting the big shot to seal victories in the 4th quarter. 3 years ago Lebron had no rings, a loss in the finals, and a reputation for not stepping up in the 4th quarter. Now he has 2 consecutive championships, 2 finals MVPs, and is leading a team practically as talented as his previous 2. Lebron is rapidly approaching Jordan in every aspect of the game, and even has passed him in some. Lebron is the most all around player the league has ever seen, he can do everything, he can pass, score, rebound and win better than most. I would like to credit Jordan on his ability to score, he is the most gifted scorer of all time, he just knew how to get the ball in the basket, but scoring isn’t everything. Michael averaged 3 more points per game but 2 less assists and 2 less rebounds than Lebron did over his tenure, but Lebron still has many seasons left to increase or decrease such career averages.

Lebron James entered the league straight out of High School at the young age of 18, and immediately made an impact on his team. That is the main reason I think Lebron will have a better, more impressive career than Jordan ever did, but Jordan will still be the greatest of all time.