Most high school students listen to music made by well-known stars, signed with large record labels and living thousands of miles away in LA or New York.  But what about music found right here in Lafayette? Simply walking around downtown Lafayette, going to music nights at local cafes, or attending events like the Farmers Market can lead to the discovery of underground music groups, such as the band “Dino” or the ukulele-mandolin duo “CW and the Rambling Hobos”. One great opportunity to come across local artists is Record Store Day, an internationally recognized celebration of local music that is held on the third Saturday of every April.  This year in Lafayette it was held near Von’s and the West Lafayette library. Supporting local music is an essential part of being a part of the community where you live. Listening to music produced by local musicians “adds context to the music [for the listener] to know the environment that the music was made in,” said local artist John Davey, who also performed on April 19th at Record Store Day. Several local bands are signed with central Indiana-based independent rock label Jurassic Pop, founded recently in 2012  “The idea of Jurassic Pop was to create one central thing to pull all the [local] bands together,” said “Dino” member Jeff Mather. Other artists can showcase their music by using Facebook or other websites. To check out some local music, go to bandcamp.com or jurassicpop.bandcamp.com/merch. 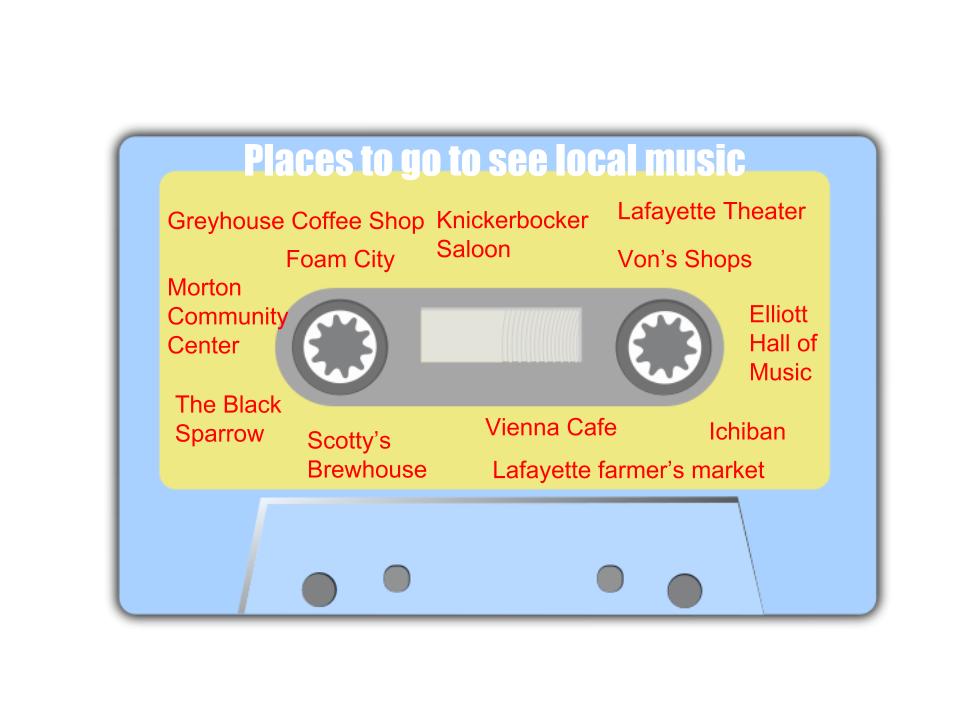 From graphic designer to art teacher, Mr Riesterer finds his passion Teaching wasn’t Mr. Riesterer’s first career choice, so how did he find himself as...
Read more
Uncategorized