Social Media in the Election

“Reddit is under heavy load right now, sorry. Try again in a few minutes,” was the only thing anyone visiting the self-proclaimed “front page of the internet” could read on Wednesday, August 29. 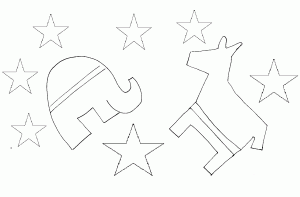 Obama visited the website on his campaign tour from Charlottesville, VA where the website was founded to answer over 1000 user questions. While he didn’t provide any ground-breaking answers, his use of the internet to personally reach voters was a huge step in his campaign.

The President’s use of social media has made him the “cool” candidate who is in touch with the nation’s youth. According to a September Zogby poll, 53% of young Americans aged 18-25 support President Obama in the upcoming election while Mitt  Romney carries only 36%.

“As a woman and student, I feel that Obama is the best candidate,” says Markie Soposky ‘14. “I love that he has a tumblr, I know he doesn’t personally run it but it’s great. I love that his wife has a tumblr and that they talk to people and promote voter registration.”

Both campaigns are using social media to court voters, but statistically Obama is much more successful. He has around 28, 859, 600 facebook fans while Romney has around 7, 291, 200. Obama’s twitter page has around 19 million twitter followers while Romney trails at about one million.

Romney’s campaign courts the elderly, the white, and the male vote while Obama has facebook pages specifically devoted to minority groups. President Obama and his wife both run wildly popular blogs on tumblr.  In fact, tumblr is so pro- Obama that the most popular post on the website is, “Mitt Romney sucks, pass it on.”

“If the number of Twitter followers and Facebook friends determined the election, Justin Bieber would be president,” Alvicar said.