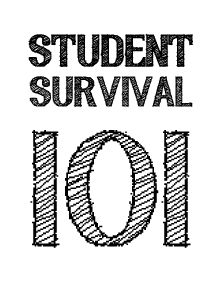 It’s the holiday season, that special time of year that people start noticing their neighbors again, and attempt giving awkward peace offerings of baked goods before promptly forgetting about them again for another year. The festivities at this time include annual sharing . . . where people hand off their sicknesses to their best friends so that we can all enjoy the misery of the common cold together.

There are a variety of illnesses especially prominent among high schoolers; however, that is not to say that all the illnesses are commonly known or defended against. This, of course, can easily lead to an epidemic, which could cripple life as we know it. Among the most threatening of these sicknesses is a virus commonly known as Fangirlitis.

The earliest sign of Fangirlitis is almost always a sudden fixation with an object, whether it be a book, actor, or television series. This, however, is swiftly followed by a trance-like state when anything related to the object of their obsession is placed too directly in their line of sight. At the most severe stages, the subject displays manic-depressive behavior concerning the object, displaying bouts of jealousy, should a rival party appear, or overprotectness, should the object come under fire. Other symptoms include swooning, dizziness, drooling, and spurts of mindless babbling.

The Fanicus strains are contagious, but only seem to be transferred only after prolonged contact with an infected individual. In order to avoid infection, it is suggested to avoid such long bouts of contact at all costs.

Please, let’s make this holiday safe for all of us high schoolers, many of whom have no time for sleep, let alone Fanicus induced obsessions.

Good luck to you all, and may the best survive.