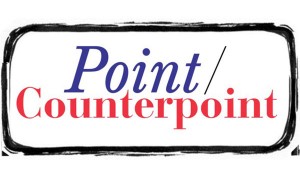 Elections. They are the beating heart of the democratic system, the means by which citizens direct the path of their country. They must be safeguarded against fraud and deception and must not be tampered with. In this vein, despite claims of discrimination, voter ID laws are an effective tool.

The crusade for voter ID laws, coming largely from the right, has been portrayed as trying to take the vote out of the hands of minorities and the elderly. This is simply not the case. What the laws actually require is that one shows a photo ID before entering the ballot booth. That doesn’t sound catastrophically oppressive, does it? That’s because it’s not. You have to show an ID to vote. This isn’t disturbing. As long as you can prove your identity, you can vote.

What counts as an ID varies between states (for example, some states accept job IDs while others don’t), but in most states, if an ID is issued by the government, it counts. If one doesn’t  have any of those, they can also acquire election-specific voter IDs free of charge, as a tenet of any constitutionally viable voter ID law (see the 24th Amendment, outlawing poll taxes). When IDs are available for free to anyone (legal) who wants them, it becomes hard to say that they are discriminatory. Voter ID cards are free and harmless to the rights of US citizens. Simply put, voter IDs are not a danger to the voting rights of any citizen of the United States, and are a useful safeguard for the legitimacy of our elections.

1. What’s one point you try to convey to your students all year long about being successful? Monsieur Olhault says... “The number one thing about...
Read more

Student Author, Tiffany Yeung has published her first book, Verge, on amazon. By no small feat, she wrote this book during her senior year,...
Read more
Load more