Hello, student body! This is Salt and Pepa (like the 90’s hip-hop girl duo). We are two seniors on limited budgets who really like food. With this column we hope to bring you our honest opinions and experiences with food and dining our humble town and homes. 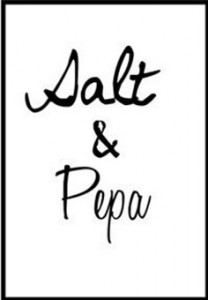 Most food columns talk about food, but in this first column, we’re going to set a different precedent. We have all had a nasty experience with bad service and when you only have fifty minutes to eat and travel back and forth to school, it can be even more stressful. Here are some recent experiences at some local, well-loved eateries. We would like to clarify before we start, we love the food at these places and understand that these incidents were (hopefully) freak accidents.

The two of us recently ate at Von’s Dough Shack, which is owned by the same family who owns Von’s. It is adjacent to the bookstore, and has the same quirky, slightly raunchy vibe. When we ordered, Ms. Salt (Paige Jackson) ordered a small drink. She was handed a small clear cup, which was humorous next to Pepa’s (Helen Woeste)  huge Von’s Pop. She assumed she had been charged for the drink, and filled the cup with her pop of choice.

While we ate, Salt had to refill her cup as it was so small, she had drunk all of it. Upon returning with said full cup, a worker, different from the one who had taken her order, walked up to the table, and said “That’s used for water.”

We were taken aback to say the least, as he reached across the table and our food to take the cup from the table and dump it out.He shouted over his shoulder he would get her another cup for water, even though Salt had asked and ordered a small drink, not a water. He disappeared for fifteen minutes, during this time Salt had to eat a piping hot (delicious) calzone without a drink. Salt had to get up and ask for a cup and clarify to the obnoxious worker that it was for water. We left full, thirsty, and angry.

Pepa had a bad experience at a favorite restaurant of hers, Green Sprout. She and friends totaling five in all arrived at 12:45 and ordered at 12:50. They did not receive their orders until 1:25. When they tried to pay, the waitress was unable to work the cash register and complained about how bad her day was going. We felt bad for the girl, but all the same, we had five minutes to get to school, and one of our group had not received her lunch with the rest of us. So once those paid in cash had finished, they ran to the car while the last paid. We arrived five minutes late- and with our uneaten lunches under our arms. Not the best lunch party I’ve ever attended.

We, Salt and Pepa, are hungrily taking over as a food experts in print- and we look forward to the next bite.