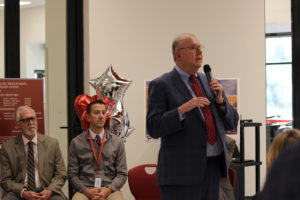 Students, faculty, and staff alike await the end of the construction by the band room and cafeteria, as not only will it be the finished result of a grueling year of maneuvering around the construction, but will show off a brand new pool, school wing, and cafeteria. Marking the end of the construction of the new wing on November 25th, a ribbon cutting ceremony was held to officially name and give details about the additions. The pool was named after a well respected  swim coach and teacher, Richard Wachs, who died in 2015 due to cancer. His family and staff from West Side spoke highly of him. While also commemorating the late teacher, some new updates were also spoken about in the opening speech.

The pool itself was opening up to the public as an aquatics center so people in the community could also swim. 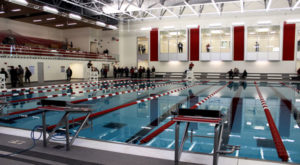 Along with this opening to the public, there have been talks of opening new programs for the junior high and even the public as well, but these programs are still in the works and there is no confirmed start date of these programs. 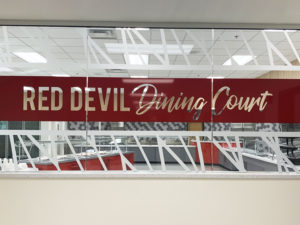 The school’s cafeteria also had an upgrade as it hadn’t been renovated in over 50 years; and with the new renovations come new food, seating, and rules. Students will be able to have more personalized choices with their lunches, as the new cafeteria includes several stations; each varying with their own selection of foods.  In a letter to the campus population, it was said that the cafeteria will also be the main place to eat in the cafeteria, as the concession stands around the school will be closing their lunch time operations, and students will no longer be allowed to eat in classrooms or in hallways. 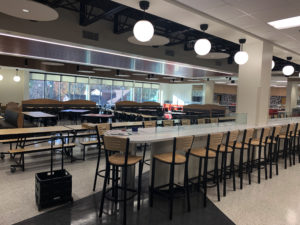 Calling all seniors! If you want your grad pics ta

CALLING ALL SENIORS- if you have not already, send

Dm us your best pictures of what you’ve been doi

Have you been “promposed” to?? Send us your cr

SENIORS...this could be you! Senior ads are now av

ITS HOMECOMING WEEK!! Show us how excited YOU are!

Who's ready for another West Side vs CC game?? Tim

Come and see what all the hype is about...see you

Check out our newsletter and tell us what you thin

ABOUT US
FOLLOW US
© 2020 | The Scarlette: Student Newspaper of West Lafayette High School